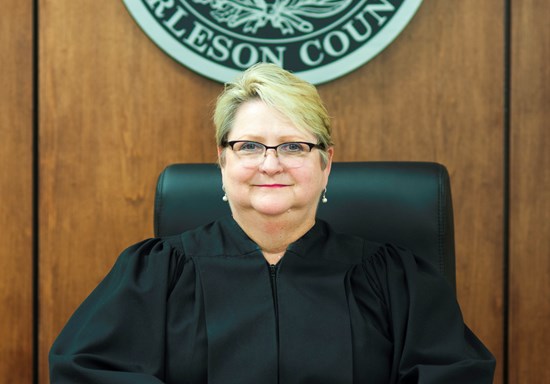 335th District Court Judge Reva Towslee Corbett has proudly served Bastrop, Burleson, Lee and Washington counties since January 1, 2005. She is now seeking her 5th term and is asking for your vote and support in the Republican Primary on Tuesday, March 3, 2020.

Judge Towslee Corbett is a 49 year resident of this district. She graduated from Caldwell High School in 1978 and Texas A & M University in 1983. Judge Towslee Corbett graduated from South Texas College of Law in Houston, Texas and was licensed in 1988 . She has been a licensed attorney for 31 years. She is a former Assistant District Attorney serving Brazos County in 1988 and 1989. She also served the cities of Bryan and College Station as an Assistant Municipal Court Judge from 1993 to 1997. In 1997 Judge Towslee Corbett was appointed the first Juvenile Referee for Brazos County, Texas. She served in that position until December of 2004 .

Judge Towslee Corbett is married to Michael Corbett, She has 4 grown children, a daughter in law, a son in law and 4 amazing grandchildren. She is the daughter of former District Judge, Harold R (Bob) Towslee and Maribelle Towslee. Judge Towslee Corbett is an avid pet lover with 7 cats all adopted from her neighborhood and 2 precious pomeranian dogs. She has been a member of the Burleson County Lions Club, is a member of the First Baptist Church of Caldwell, Texas and an active member of the Burleson County Aggie Moms Club. Her favorite hobby is sewing and she loves to make things for her children, grandchildren, family, friends and for various charities. This summer she made close to 200 pillow cases for children from Baylor Scott and White's McLane Children's Hospital to take to camp with them.

Judge Towslee Corbett has a total of 26 years of Judicial Experience and wants to continue to serve the people of this district for another term. Please help her achieve that goal. She would appreciate your vote and God Bless You!